Edison Offices salutes Dr. Martin Luther King on the 50th anniversary of his most famous speech. 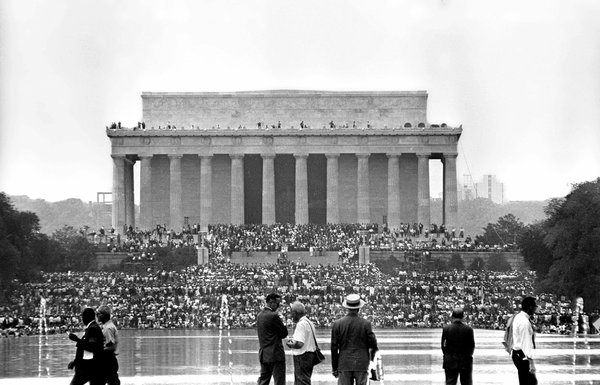 Crowds gathering at the Lincoln Memorial for the March on Washington on Aug. 28, 1963.

He began slowly, with magisterial gravity, talking about what it was to be black in America in 1963 and the “shameful condition” of race relations a hundred years after the Emancipation Proclamation. Unlike many of the day’s previous speakers, he did not talk about particular bills before Congress or the marchers’ demands. Instead, he situated the civil rights movement within the broader landscape of history — time past, present and future — and within the timeless vistas of Scripture.